By Randy Goulding of the DRF 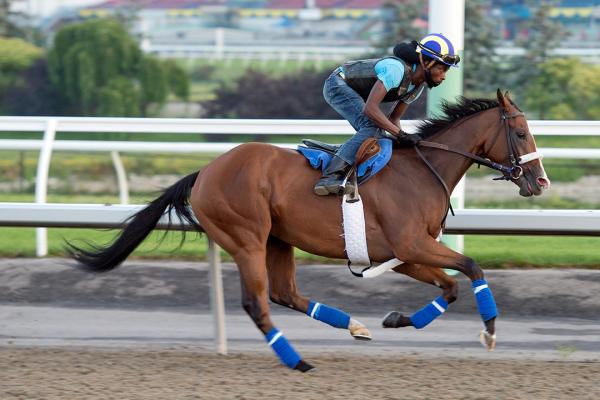 Michael BurnsCanadian champion Infinite Patience (above) has a half-sister listed to sell at the CTHS yearling and mixed sale.

VANCOUVER, British Columbia – There are many reasons the CTHS yearling and mixed sale at Thunderbird Show Park in Langley, British Columbia, on Sept. 14 will be more successful than last year when 49 horses sold for a total of $639,600.

First and foremost there should be a full racing season at Hastings next year. Due to the COVID pandemic, last year there were only 25 racing days at Hastings and nobody knew what the 2021 season was going to look like. When the 2021 meet opened, there was barely enough purse money to take the meet through Aug. 2. The meet was extended to the end of August when owner-trainer-breeder Glen Todd offered a $1 million loan to the purse account. Then the provincial government stepped in and gave a $1.5 million grant to the industry that will keep the meet going until Sept. 28.

“With the casinos open, we are looking forward to a traditional meet next year that begins at the beginning of May and runs through the third week in October,” said Dave Milburn, president of the local Horsemen’s Benevolent and Protective Association.

There are also benefits for horses sold at the sale, such as a 50 percent bonus for B.C.-breds on purse money earned at Hastings in 2022-2024.

This year’s catalog is strong, and one of the horses sure to attract a lot of interest is Hip 33. Consigned by Todd, the Kentucky-bred son of Wicked Strong out of White Pants Night is a half-brother to the multiple graded winner Mischevious Alex, who won the Grade 1 Carter at Aqueduct this year.

Infinite Patience is coming off an 11-length romp in the $50,000 CTHS Sales Stakes at Hastings and figures to be a short price in the Distaff, which is one of three supporting stakes for the Grade 3 Canadian Derby. Little sister Definite Pleasure is running in the Century Casino Oaks.

Hip 43 is a half-sister to U Did It, who has been nothing less than sensational in winning her three starts as a 2-year-old at Hastings this year. Her latest victory was a walk in the park in the fillies division of the $50,000 CTHS Sales Stakes on Aug. 30.

◗ The six-race card at Hastings on Wednesday will likely have a carryover of over $500,000 in the pick five. Going into Tuesday’s card there is a $466,015 carryover in the jackpot wager. Given the relatively short fields, it is hard to imagine there being a single winning ticket.